In August of last year, the Venezuelan national currency lost five zeros at once, the largest banknote then became 500 bolivars. Recently, in Venezuela, there were notes in denominations of 50 thousand bolivars. What is happening in the Bolivarian Republic against the backdrop of hyperinflation? And how has this state of affairs already affected foreign companies?

In August 2018, a fundamental denomination of the national currency (bolivar) was held in Venezuela, which as a result was cut off by five zeros. Until June of this year, the largest banknote in the run was 500 bolivars. To date, the minimum wage (SMIC) in Venezuela is 40,000 bolivars. For this amount, you can buy two kilograms of beef meat or three kilograms of chicken, but the banknote of 500 bolivars can be enough for only one egg.

Over the past two years, a deep economic crisis in Venezuela has led to inflation on a gigantic scale. In 2018, its figure exceeded 130 thousand %. According to the estimates of the International Monetary Fund, in 2018 inflation in the country amounted to 1.37 million %, and in 2019, as economists predict, it will be able to reach the level of 10 million %.

Against the backdrop of a raging hyperinflation, on June 13, the Government of Venezuela decided to introduce new banknotes. The Central Bank of the country notified the release of banknotes in denominations of 10 thousand, 20 thousand and 50 thousand bolivars.

At the end of May, the Central Bank of Venezuela, for the first time since 2015, officially published macroeconomic statistics, which until recently was “hushed up”. Macroeconomic statistics presented disappointing data: during the five years of the presidency of Nicolas Maduro (Spanish – Nicolás Maduro Moros), the economic indicators of the country decreased by 2 times. The GDP of the Bolivarian Republic for the period from 2013 to 2018 fell 52.2%. In the first nine months of last 2018, the country’s economy shrank by 19.2%. However, many foreign alternative sources cast doubt on official statistics and declare that it reflects the reality of things in a too “light tone”. Of course, such a collapse of a country that is not in the context of hostilities is unprecedented in modern history. Even after the collapse of the USSR, Russia in the period 1991-1996 lost only 35% of the GDP.

Inflation in Venezuela increased from 180% in 2015 to 130,000% in the first 9 months of 2018. The opposition congress has other calculations – 1,700,000% for the entire last year. Now it is the highest rate of inflation on the planet. Other economic analysts believe that hyperinflation in Venezuela has not yet reached the historical record of Zimbabwe (79 million %) set in early 2008. True, this “record” in 2009 forced the African country to completely abandon the use of its own currency.

To date, the official Caracas did not disclose the size of the external debt of Venezuela. A year ago, the President Nicolas Maduro announced plans to refinance about $ 100 billion of debt. According to the IMF estimates, the ratio of Venezuela’s government debt to the country’s GDP should be close to or already exceed 200%.

In the context of a deep economic crisis in a Latin American country, the question arises about the main creditors of Caracas. According to statements by financial analysts, Russia and the company “Rosneft” are still among the largest lenders of Venezuela. According to independent agencies, since 2006, the Russian side has approved and issued approximately $ 17 billion in loans to official Caracas.

As the Spanish periodical “El Pais” notes, the proceeds from the sale of “black gold” by the state-owned petroleum company “Petroleos de Venezuela” (PDVSA) during the presidency of Nicolas Maduro decreased three times: from $ 85.6 billion to $ 29.8 billion, but this statistic does not reflect the new US sanctions imposed at the end of 2018.

According to figures for June of this year, oil production in Venezuela fell to a record historical minimum – 740,000 barrels per day. This production level is even lower than, for example, in neighboring Colombia. This state of affairs deprives Caracas of regional leadership and shows that Venezuela is no longer among the top 20 oil-producing countries in the world. In 2013, it produced 2.8 million barrels per day and ranked eighth or ninth in the world top-10 ranking.

Tough the US and EU sanctions imposed against Iran in 2012-2013 brought down the country’s oil production significantly less – by about a quarter. The return of the US sanctions at the end of 2018 caused an almost equal effect.

By the way, referring to other areas, it is worth noting that the formerly large-scale construction industry of Venezuela for the period of 2013–2018 already almost ceased to exist (figure for June 2019 – minus 95%). In turn, indicators in the industry decreased by about 76%, and the financial sector – by 79%. Today, world economic observers argue about the future of the Venezuelan economy and discuss possible ways out of a deep financial crisis. However, everyone agrees that modern history cannot find analogues of such a fall in the world. For example, industrial production in Russia in the period 1991-1996 reduced only by half. And before the Venezuelan crisis, this figure was a world record.

It is worth recalling that since 2003, foreign currency in Venezuela was under the strict control of the official authorities. All operations with it were banned, which then immediately led to the emergence of a black foreign exchange market, where the dollar was ten times higher than the official rate. In August 2018, the authorities liberalized the dollar.

Today, such an economic collapse of Venezuela cannot be explained only by such external factors as aggression and the US sanctions or the international oil crisis. Select only one reason is also not possible. After all, first of all, at the root of economic problems lies a deep political crisis that divided the country into two camps. And as long as the political situation in Caracas does not improve, it is not necessary to wait for global improvements in the economic sphere. 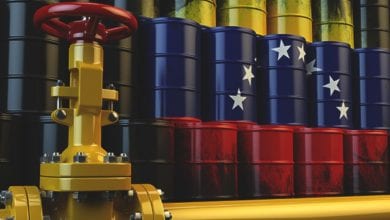 How could the country with the largest reserves of “black gold” on the planet be left without oil? 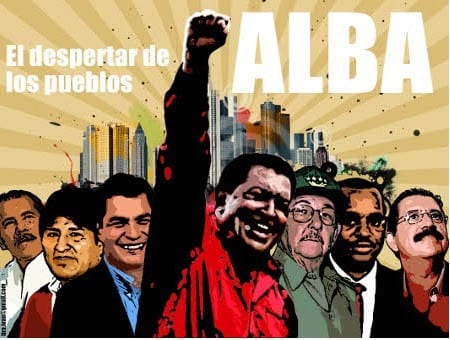 The crisis of the Bolivarian Alliance for the Peoples of our America: is there a chance of overcoming it?