Nowadays cultural cooperation should be one of the crucial parts of Russia’s foreign policy strategy for the Latin American direction. There are at least three reasons for this.

First, cultural cooperation is de-ideologized. This distinguishes it from, for example, interaction with Latin American counterparts in the areas of military-industrial complex, which, being certainly top-notch for the Russian side, is associated with a negative reaction from traditional external powerful players in the Latin American context, primarily the USA, and also inevitably represents Russia for Latin America as an ally not for states, but for certain regimes. Of the latter, one can be convinced, for example, analyzing the case of Venezuela.

Secondly, cultural cooperation is always an appeal to positive historical memory. In relations with Latin America, Russia has really began to rely on the historical memory of the “joint struggle against the imperialist “old” West with the beginning of the epic with the Crimea and sanctions. But the sphere of culture always allows us to act more broadly and meaningfully than relying on the old-fashioned principle which says: “enemy of my enemy is my friend”.

Thirdly, cultural cooperation is a promising weapon of soft power, interactions with region using which, in the opinion of the Latin American experts themselves, would be extremely effective. And even if we go back to the logic of the “friendship against a common enemy in Washington,” then “anti-American” sentiment, strong and spread throughout the region is a “bonus” for Russia.

At the level of bilateral ties, Russia has already successfully tested many instruments of “cultural presence” in Latin America – from cross-cultural years (for example, in 2015 with Argentina) to weeks of national cinema (for example, last spring in Paraguay). At the multilateral level, this is less common, but the more valuable are the experience gained and the results achieved. It is in connection with such a multilateral format that we would like to talk about the results of the LACRUS work at the St. Petersburg International Cultural Forum – 2017. First of all, the LACRUS team managed to interview the Argentinean distinguished specialist in International Realtions and Political Economy Gonzalo Pas, who now works in the USA (lecturing at the George Washington University, Maryland University, American University). In his interview, Professor Paz noted that Russian Studies are not sufficiently developed in his native region, primarily because of the language barrier that prevents the formation of a mature and active epistemological community. At the same time, according to the scientist, interaction with Russia lies directly in the sphere of interests of Latin American countries and should be a long-term goal which exists “in addition to and over” fugitive international political conjuncture. In our opinion, the thoughts of G. Pas should be in many respects consonant with our own political and academic circles’ thoughts, just because an integral strategy for the Latin American direction in the new Russia is still being formed. The Brazilian participant of the Forum, the director of the joint program Johan Cruyff Institute and FC Barcelona for the candidates for the master’s degree in the field of football business and the football business consultant Johan Cruyff Institute Oliver Seitz also gave LACRUS an exclusive interview (see the video soon on our website) and took part in the panel discussion “International scale events as a catalyst for the country’s cultural and social life. Russia on the eve of the World Cup in Football 2018 “. In his report, Oliver not only talked about the Brazilian experience of using football as the most important cultural symbol of the nation, but also demonstrated how holding sports mega-events can become an independent branding strategy for cities and countries. The audience and speakers from Russia, preparing for being the hostess of the FIFA World Cup next year, seemed deeply interested in Oliver’s ideas. Finally, the Open lecture of modern Chilean writer Arturo Fontaine “Lenin reads Chernyshevsky”. A View from Latin America” took place. During the lecture, the Russian audience was introduced to the original, vivid and analytical interpretation of the well-known events of 1917. A. Fontain showed how Lenin’s understanding of the image of “an ideal revolutionary militant” influenced the Latin American revolutionary heroes, such as Che Guevara and many others. The concept of a “professional revolutionary” lies at the heart of the plot of Fountain’s book «La vida doble», a novel based on real events. 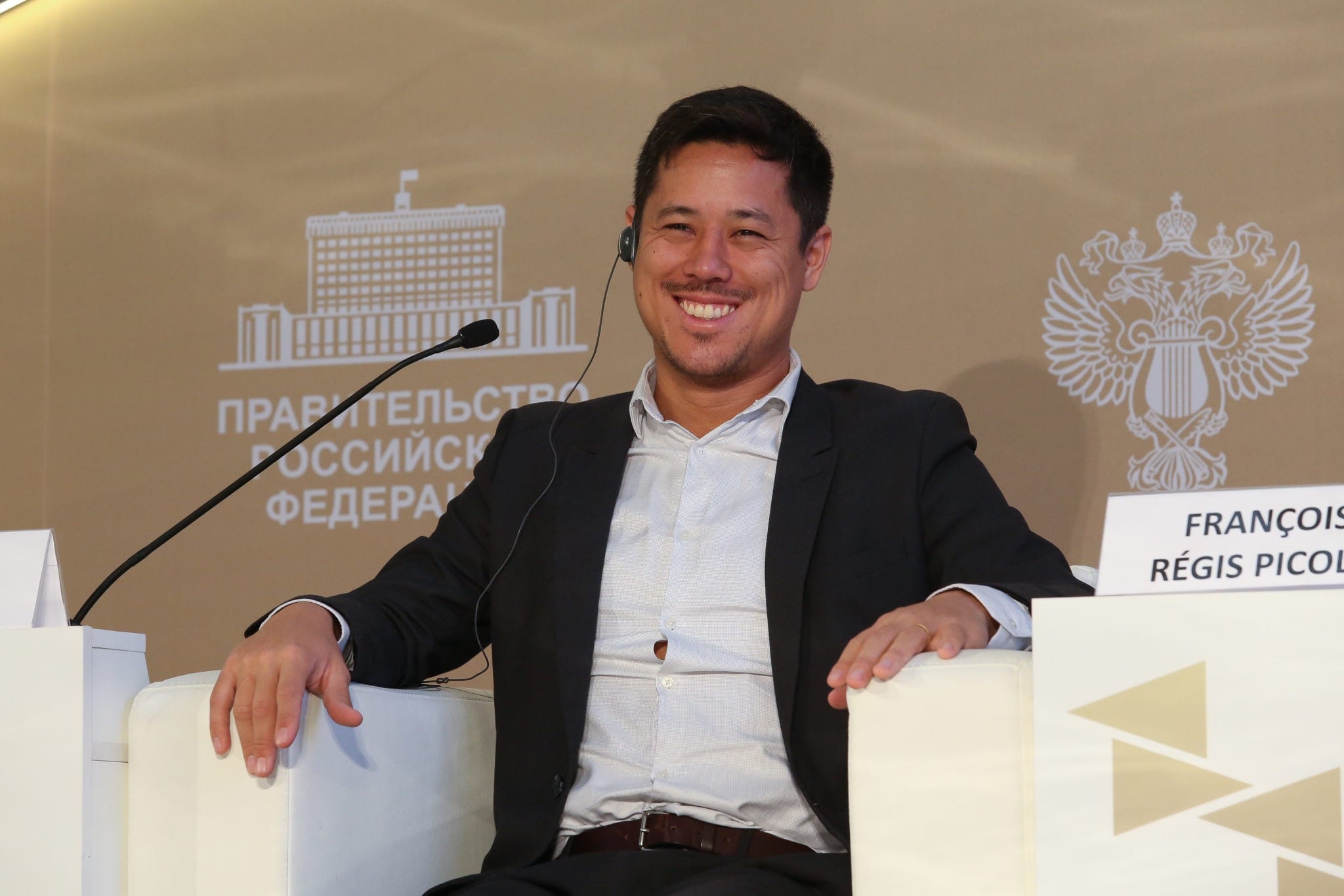 Oliver Seitz: “The FIFA World Cup as a Catalyst for Change: Lessons from Brazil 2014”