In early July, a new wave of scandal in the “left” camp of the region affected Ecuador. On the 3rd of July, the country’s court decided to imprison the ex-leader, one of the ideologists of the “left” turn in Latin America, Rafael Correa. “Fathers” of the regional left camp acted as a united front and stood up for Ecuadorian ex-president. Why did the current leader of Ecuador, Lenin Moreno, call on his former boss, ex-head of state, Rafael Correa to return to the country and stand trial? How do the supporters of Latin American “left” ideas survive the Ecuadorian events?

The world community learned about the rapidly developing events in Ecuador on the 18th of June, when the National Court agreed to include Rafael Correa in the number of defendants in the case of kidnapping of the opposition politician Fernando Balda. The judge Daniella Camacho ruled that the former head of state must appear in court every 15 days, starting from the 2nd of July, before the end of the trial. Then she repeatedly stressed that the diplomatic missions of Ecuador abroad cannot, in this case, replace the court building located in the capital of Quito. This remark was due to the fact that Correa in recent months has lived in Belgium, where his wife comes from. Who is Fernando Balda and why, according to representatives of justice in Ecuador, his abduction is connected with the former leader of the country? According to Balda, he survived the abduction during a trip to Colombia. In his words, Ecuadorian special services and personally ex-president Rafael Correa are behind this incident, who tried to eliminate the opposition politician, who has influence on the Ecuadorian establishment. During the incident, the former deputy was not injured: the car in which he was transported by the kidnappers, was stopped and detained by the Colombian police.

In early July, the judge Daniella Camacho, on the proposal of the prosecutor’s office, issued a verdict against the case of ex-leader of Ecuador Rafael Correa and issued a warrant for his arrest. Earlier, the prosecutor Paul Perez asked about the preliminary detention of Correa in connection with his failure to comply with the decision to periodically appear before the court. On the 2nd of July it became known that Correa did not comply with the decision of the National Court, since he did not appear in front of its representatives in due time. Instead, the ex-leader of this South American country visited the Consular Section of the Embassy of Ecuador in Brussels. According to Correa, as an Ecuadorian living abroad and claiming to secure his rights, he is not obliged to come to court to his homeland.

The judge ordered to notify Interpol through the distribution of the “red circular” (international arrest warrant) for the capture and extradition of the former head of state. At the moment, the “disgraced” politician is in Belgium, where his family has lived for a long time. Rafael Correa himself believes that he is involved in the process without any evidence. From the very beginning he repeatedly stated that he had nothing to do with what had happened. According to his statements, the investigation is part of political persecution by the new authorities of Ecuador. The “fathers” of the left turn in Latin America supported the former leader of Ecuador. The Presidents of Bolivia and Venezuela, as a protest against the court decision and its support by the current head of state Moreno, sent the heads of diplomatic missions from the territory of their states. Nicolás Maduro in his Twitter account unequivocally commented on the situation: “The first was Cristina (it’s about Cristina Kirchner, ex-president of Argentina). Then – Lula (it’s about the ex-leader of Brazil – Luís Inácio Lula da Silva). Now – Rafael Correa. Stop persecuting the true leaders of Our America. The Bolivarian Revolution expresses solidarity with the people of Ecuador and Correa”.

More and more supporters of the “left” in the region began to talk about the factor of Lenin Moreno in Ecuador, which, they said, is trying to “remove” all the rivals in its political path. On the 5th of July, the current president of Ecuador gave a lengthy press conference for representatives of international media. Moreno stressed that with his coming to power Ecuador acquired independent justice, which functions autonomously. For this reason, he called on Rafael Correa to get rid of any concerns about coming to Ecuador, because he is a citizen of this country, and must be brought to justice. Lenin Moreno also confirmed his lack of personal interest in the case of Rafael Correa. According to him, he is not interested in whether Correa will be convicted or not, but Moreno expressed the hope that he is not guilty.

Correa himself believes that he is involved in the process without any evidence, and made official statements to international and regional media about a conspiracy against him. In response to the speeches of ex-leader Moreno compared Correa with the famous Mexican drug baron Joaquín Guzmán Loera nicknamed Shorty, who was extradited to the United States. Lenin Moreno noted that with regard to the argument that Correa is a political prisoner, the same can be said about himself Shorty Guzman.

The head of the Ministry of Foreign Affairs of Ecuador, José Valencia, expressed his concern about the statements of the Presidents of Bolivia and Venezuela regarding the warrant for imprisonment for Rafael Correa on the part of Ecuadorian justice. Therefore, according to Valencia, the Ecuadorian Ministry of Foreign Affairs, in response to the extradition of Ecuadorian employees from the territories of Bolivia and Venezuela, issued formal protest notes and recalled their ambassadors to give explanations on the position of their governments regarding the internal problems of Ecuador. Whether Rafael Correa will appear before the Ecuadorian court, or he will continue to seek support from the “fathers” of the left turn in Latin America, will show very soon. However, against the background of numerous corruption scandals in Brazil and Argentina, the acute political crisis in Nicaragua and Venezuela, the possible re-election of Evo Morales in Bolivia, which contradicts the Political Constitution of the state, the warrant for the arrest of the ex-leader of Ecuador does not appear to the world community as something beyond understanding. Recent years have shown that the ideologists of the “left” turn, which in the early 2000s stood at the foundations of regional transformations, are trying “to grasp the power and influence in the region with the latest strength”.  But the oppositionists are not only from the “right” camp, but once their supporters also want to get their “moment of glory” and are already breathing in their backs. Whether the “fathers” of the left ideology in the region will be able to resist the onslaught of institutional, political and ideological changes will be the most fundamental issue of the electoral “marathon” that began in Latin America this year. 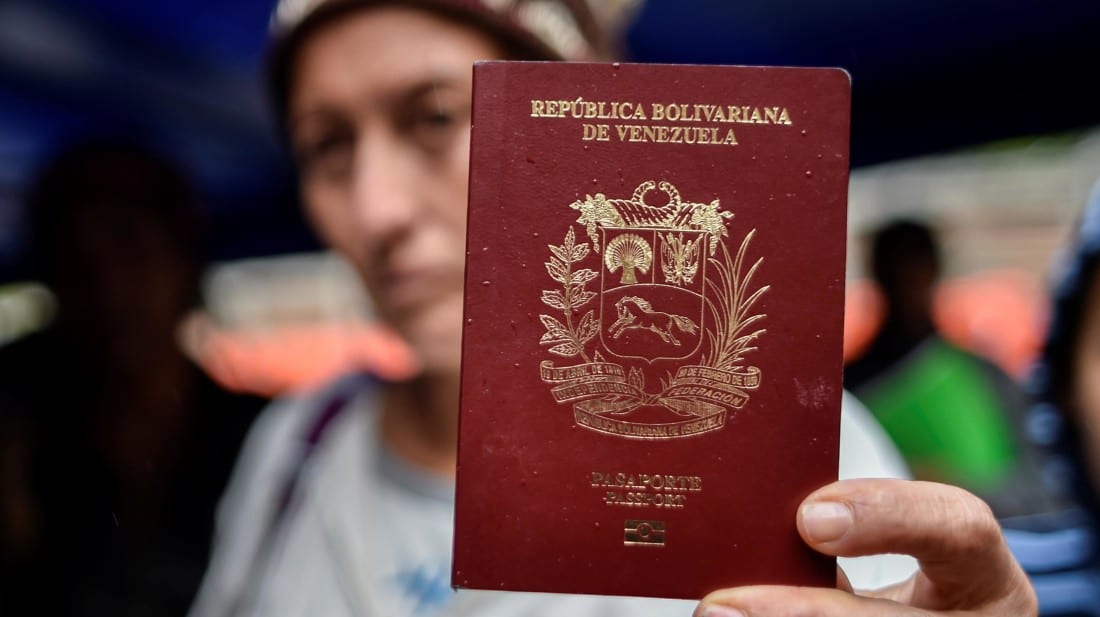 Ecuadorian Visas for the Venezuelans 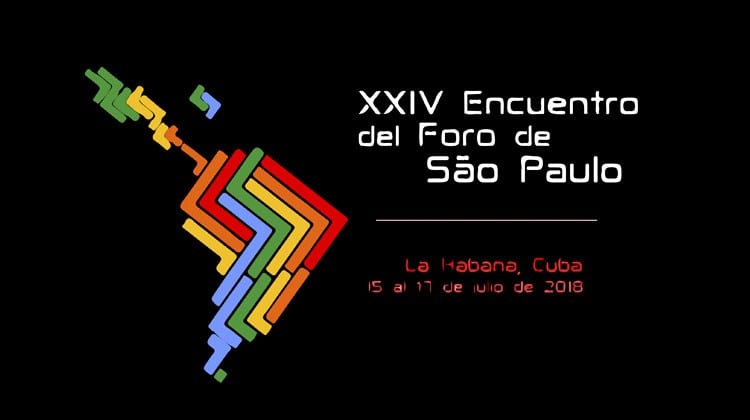 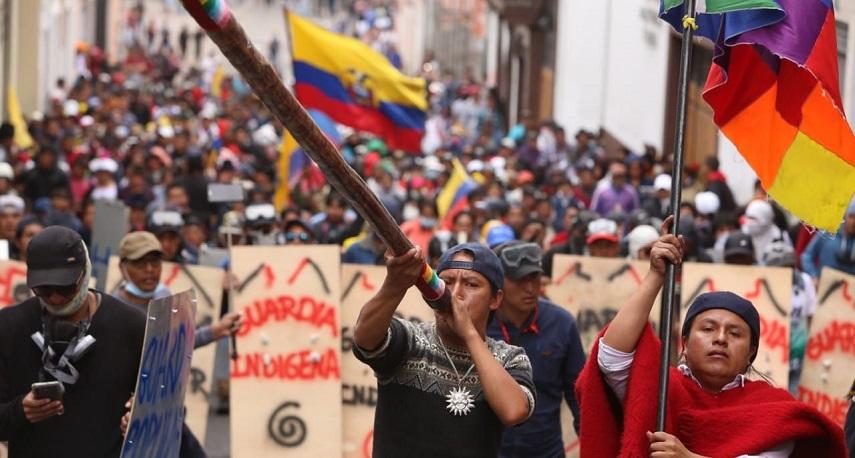