On the 9th of August of  2018, Bolivia and Russia celebrated the 120th anniversary of the establishment of diplomatic relations between the two countries. The solemn event was held at the Russian Embassy in Bolivia’s business capital, La Paz, and then continued with an official ceremony at the Ministry of Foreign Affairs of the Latin American state. During the period of international diplomacy, the relations between the two countries experienced ups and downs. However, to this memorable date, Russia and Bolivia came up with “weighty luggage” of successful projects. The LACRUS team decided to track the main pages of the Russian-Bolivian relations, as well as highlight the main theses that were made at the celebration of the jubilee date.

On the 18th of April of 1945, diplomatic relations were established with the USSR. However, the Embassies of the two countries were opened in both capitals only in 1969. On the 27th of December of 1991, the Republic of Bolivia recognized the Russian Federation as a successor state to the USSR. On the 26th of July of 1996, the Treaty on the Foundations of Relations between the Russian Federation and the Republic of Bolivia was signed.

In November of 2008, within the framework of the official visit of Russian President Dmitry Medvedev to Venezuela, he had a conversation with the President of Bolivia Evo Morales. Then, at the invitation of the Russian leader, Evo Morales visited the Russian Federation on an official visit on the 6th of February of 2009. Morales became the first Bolivian president who arrived in Moscow since the establishment of diplomatic relations between Russia and Bolivia. In the future, contacts at the highest and highest level have become regular.

On the 9th of August, within the framework of celebrating the 120th anniversary of the establishment of diplomatic relations between Russia and Bolivia, the Foreign Minister Fernando Huanacuni Mamani noted that during these years of friendship dozens of bilateral documents were signed. In recent years, there has been an intensification of bilateral projects, significant joint work has been carried out in the field of cultural and scientific cooperation, combating illicit drug trafficking, cooperation in tourism, supply of machinery and equipment, health, media and cultural exchange.

The Bolivian Minister of Foreign Affairs recalled the visits of President Morales to Russia, which allowed to deepen bilateral relations and cooperation in various directions. In his solemn speech, Huanacuni noted that both countries are in favor of strengthening the principles of multilateralism in international affairs, with a view to carrying out a collective search for responses to the pressing global challenges.

Within the framework of this event, the Russian Ambassador to Bolivia Vladimir Sprinchan stressed the importance of the continuity of bilateral relations between Bolivia and Russia. The diplomat especially emphasized that with the coming to power in Bolivia of President Evo Morales Ayma, the intensity of bilateral political relations has intensified in recent years.

The representatives of Russia and Bolivia especially note the importance of the latter in June of 2018 visit of President Evo Morales to Moscow. This trip to Russia made it possible to sign a number of important agreements in the field of bilateral relations, sign significant contracts in the field of the extraction of hydrocarbons and minerals.

At the solemn ceremony at the Russian Embassy in Bolivia, the Deputy Foreign Minister Carmen Almendras stressed that since the establishment of bilateral relations in 1898 a significant result of joint actions was underlined, emphasizing the high level of mutual dialogue and significant indicators of interaction in various fields. The representative of the Ministry of Foreign Affairs of Bolivia stated that more than 90 bilateral documents in various fields of activity were signed within the framework of joint work.

It should be noted that in recent years the most dynamic development has been the cooperation between the two countries in the gas sector. In August of 2013, the first contract was signed, which allowed the “Gazprom” (jointly with the French enterprise “Total”) to start work on the gas field Ipati-Aquio. In February and September of 2016 visits were made to Bolivia by Alexey B. Miller, the chairman of the “Gazprom”, during which three cooperation agreements were signed with the National Oil and Gas Company of the country and a plan of joint actions for their implementation, which was of key importance for withdrawal of cooperation in the gas sphere to a qualitatively new level. In accordance with the agreements, the “Gazprom” has begun work on updating the General Scheme for the development of the gas industry in Bolivia until 2040.

One of the most ambitious projects was the agreement signed on the 19th of September of 2017 between the Atomic Energy Agency of Bolivia and the State Specialized Project Institute (which is part of the Russian state corporation “Rosatom”), for the construction of the Center for Nuclear Research and Technology in El Alto.

Since 1991, more than 20 international legal instruments have been concluded between the Russian Federation and Bolivia. Among them, agreements on cooperation in combating illicit drug trafficking, in support of entrepreneurship, tourism, cultural, scientific, as well as military-technical cooperation, inter-ministerial consultations and others. At present, the parties continue work on expanding the legal framework for bilateral relations in order to develop more rational and practical cooperation in the fields of hydropower, mining, education, health, sports, of Ministries of communications, culture and the interior.

U-turn in “Cuban” US policy: a chance for Russia to return to Liberty Island? 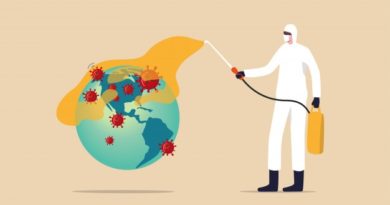