On July 13, the UN Food and Agriculture Organization (FAO) published the new edition of its annual report, “The State of Food Security and Nutrition in the World 2020”, in which it noted that the number of hungry people in the world by 2030 could reach 840 million. How does the FAO see the future of Latin America?

“The State of Food Security and Nutrition in the World (SOFI)” is the most authoritative global study analyzing each year the progress made in eliminating hunger and malnutrition. Each year, the Food and Agriculture Organization of the United Nations (FAO), the International Fund for Agricultural Development (IFAD), the United Nations Children’s Fund (UNICEF), the UN World Food Program (WFP) and the World Health Organization (WHO) participate in the preparation of the report.

In the preface to the study, the heads of the five specialized agencies involved in its preparation focused on five years since “the world committed itself to ending hunger, food insecurity and malnutrition in all its manifestations, but we still so far they have not gained the necessary pace to achieve the goal by 2030”.

According to the FAO statistics, over the past 5 years, the number of hungry people on our planet has increased by about 10-12 million people a year. The latest report, “The State of Food Security and Nutrition in the World 2020”, notes that last year around 690 million people were starving around the world, which is 10 million more than in 2018, and also almost 60 million more than in 2015. In addition, according to experts, billions of people cannot afford nutritious good quality food products due to their high cost and low financial affordability among some segments of the population.

The analysis of all the documents and statistics on world hunger since 2000 has led the commission to a common denominator: the number of chronically starving people, which has been steadily declining over the decades, began to grow slowly in 2014, and today continues to grow.

According to the report, the largest number of people suffering from malnutrition still live in Asia – 381 million people. Africa is in second place – 250 million, and the Latin America and the Caribbean region occupies the third place – 48 million. The variable prevalence of malnutrition on the planet, or the total share of hungry people, has increased slightly, to 8.9%, but absolute numbers also increase annually starting in 2014. Thus, over the past five years, hunger has grown at the same rate as the world’s population.

It is worth noting that such indicators hide significant regional differences: in percentage terms, Africa is becoming the most affected region from year to year, and the problem of hunger is becoming more acute. This year, 19.1% of the African population is malnourished, and this percentage more than doubles that of Asia (8.3%) and the Latin American and Caribbean region (7.4%). Based on this dynamic, if current trends continue, by 2030 Africa will account for more than half the number of chronically starving in the world.

The authors of the study clarify that in a situation in which progress in the fight against hunger has slowed, the coronavirus pandemic exacerbates the vulnerability and weaknesses of world food systems related to all activities and processes that affect food production, distribution and consumption. Although the entire palette of the effects of the isolation regime, quarantine and other measures to curb the spread of the virus is still too early to assess, the economic recession may lead to an increase in the total number of hungry people on the planet by another 83–132 million people.

In the outlook of the experts, the situation with the starving in Latin America in the next decade will be very disappointing. According to the evaluation of the international institution, without even taking into account the consequences of the COVID-19 virus pandemic, which will undoubtedly be very serious in the region, the FAO estimates that the number of starving people in Latin America and the Caribbean will increase in 20 million by 2030. That is 67 million people may suffer from hunger in Latin American countries by 2030, which will be from 9.5% to 10% of the region’s population.

The past 5 years have demonstrated that a significant number of people (about 3 billion) cannot afford a healthy and balanced diet. In some countries in Africa and South Asia, the share of this category reaches 57% of the population, however, this problem applies to all regions, including North America and Europe. Thus, partly for this reason, the success of the struggle to eliminate malnutrition is compromised. According to estimates in the study, in 2019, a quarter to a third of children under 5 years of age (191 million) were stunted or suffering from malnutrition. In addition, 38 million children under the age of 5 years were overweight. In addition, obesity in adults has become a separate global disease.

The solution to the problem of hunger and malnutrition in all its manifestations, first of all, consists not only in providing a person with enough food to survive, but also in ensuring that his diet is nutritious. The main obstacle remains the high cost of nutritious foods and the low financial affordability of healthy nutrition for a large number of families. This year’s report notes that the cost of a healthy diet far exceeds $ 1.90 a day (the international poverty line). According to experts, the most acceptable healthy diet costs 5 times more than eating only starchy foods. Nutrient-rich dairy products, fruits, vegetables and foods high in protein (plant and animal origin) in all countries of the world are among the most expensive categories of food.

To summarize, it is worth emphasizing that the authors of the study strongly urge the transformation of food systems in each country in order to reduce the cost of nutritious foods and increase the availability of healthy diets. Although specific decisions will vary across regions and even within the same country, they should all include a number of common components, such as focusing on all parts of the food supply chain and the complete availability of elements of the food environment. In addition, all governments should focus their efforts on applying fundamental political and economic approaches that regulate the principles of trade, government spending, and investment instruments. 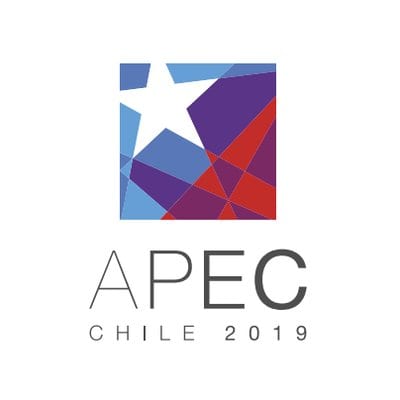 Outcomes of the APEC Ministerial Conference on Food Security